Demolition sure is dirty business! We started out naively thinking we could demo the basement in one day – were we ever wrong! 4 strong men (and one strong woman) and it still took us a total of 3 days (spread over a 2 week period). Now, please keep in mind we both work full time jobs so all of our work on the house has to be done on our spare time (goodbye evenings and weekends…). There was so much material we took out of the basement (drywall, flooring, framing, a kitchen, a bathroom) that we ended up needing to get a second dumpster.

Lesson learned: Build in a buffer of both time and money. Never underestimate how much time you will need to demo. If you are not a professional or have prior experience demo-ing it will take you longer than you initially expect. Our demo cost estimate essentially doubled because we had to get a second bin.

Television shows portray renovation as a whirlwind of sledgehammers banging, junk being thrown into dumpsters and then a beautiful renovation all completed within the hour long show (sigh… we wish!).

Reality check: What they don’t show you is that after the initial banging you have to be a bit more careful. There are wires, pipes etc in the walls behind the stuff you are trying to get rid of that you have to be careful not to damage. There is also the time consuming part of getting all the stuff you tear down outside and into the dumpster. It’s not easy taking a tub/toilet/wall/etc. up a flight of stairs and out through your patio door.

Once we got past all the drywall we got a good look at what was underneath. While we had low expectations, overall what we found was pretty much in line with what we expected.

In the pictures you can see that as expected the wiring was something of a mess. There is knob and tube which we will be replacing and… Christmas lights?! Yes that is really a string of Christmas lights that we found drywalled into the ceiling next to the ductwork. Now that the ceiling is opened up and the walls are gone we will be able to tackle the necessary electrical work.

The orange bedroom in the basement had laminate flooring that looked to be new-ish and in decent condition, but since we were taking out the whole basement we decided it had to go too. Good thing. When we pulled it up we discovered that it had been installed incorrectly. There was no vapor barrier between the concrete floor and the wooden subfloor, instead the vapor barrier had been put on top of the subfloor and underneath the laminate. No wonder it felt so damp and musty down there, the subfloor was so rotted you could bend it like a piece of plastic. In our hurry to get this rotting wood out we didn’t get pictures of it (sorry we’re working on getting better at this!).

For the most part the joists between the basement and first floor looked to be in good condition. There are a few that have been cut through incorrectly (for wires, pipes etc.) so there are probably weak spots that we will need to reinforce. The front of the house seems very sturdy and level. The back is a different story as the ceiling gets lower and lower the further back you go. At some point in the past when the extension at the back was built, the original stairs were moved to the opposite side of the house. Where they used to be had been converted into a pantry up on the first floor. This pantry was resting on a very unstable piece of framing (no actual floor joists). We’ll be fixing that up for sure so we can use the pantry without worrying about falling through the floor.

Aside from finding some sections of bricks covered in christmas paper, there was only one spot on the brick foundation wall that had a crack so it seems for the most part the house is stable, however there are a couple spots (next to where the “new” stairs were moved) that seem to have whole chunks missing, or have been built up with cement and cinder blocks haphazardly. Foundation repair is not something we are interested in DIY-ing so we will need to have a professional in to take a look and recommend any work to be done.

Overall the basement demo went pretty smoothly, we are so lucky to have such great family/friends willing to get their hands dirty and help us. While there were some surprises under the floor and behind the drywall (we actually found a pair of pants rolled up and drywalled into the ceiling – seriously.), the scope of work to be done is in line with what we expected when we bought the place. 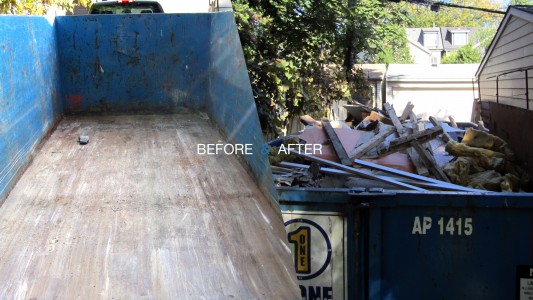 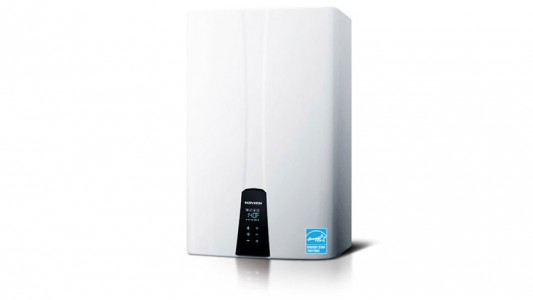 The Pros And Cons of Tankless Water Heaters 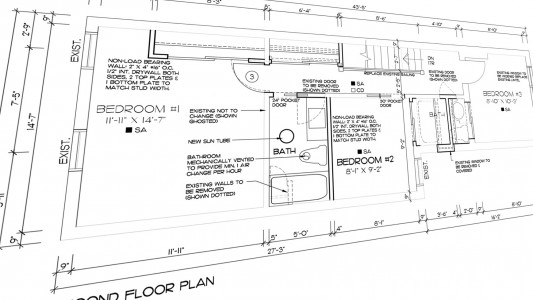